Environmental change is caused due to multiple factors, one of them being human-made deforestation. When narrowed down to Indiana, the major causes of human-made deforestation were neighborhood expansions, timber logging, livestock farming. These have contributed in making Indiana lag in the list of greenest states nationally. Though non-profit organizations and environmentalist groups are trying to make Indiana greener, the impact has been little. When we conducted interviews and did observations, the two major factors we noted were either lack of awareness amongst Hoosiers or having less cognizance of ways in which they can contribute to making their state greener. To overcome these and contribute towards our ecosystem, we designed a solution called ECOCASH, which would make visiting and exploring forests fun and also spread awareness amongst people. The target users being IU students having crimson cards who can visit and explore the amazing forests which Indiana has and perform tasks like planting trees to gain points. The motto of ECOCASH is maintain and mend (maintain the trees that are currently present and mend, i.e., plant new ones where deforestation has had an impact).

This screen displays map of all the near by forests in Indiana.

When the user taps on particular forest, it displays the tasks and points associated with the task.

Upon arriving at the forest, the user will be directed by the app to the spot where sapling has to be planted.

The application shows all steps of planting a sapling in AR or normal mode. The user can switch between the two.

The user can upload or share the snap of the completed task.

Upon the completion of task, the user is awarded with cash-like points, which can be redeemed in campus eateries or cafés

As a token of appreciation and to add to the knowledge of the user some facts are shared by the app with the user.

The user can view history of points earned and redeemed. 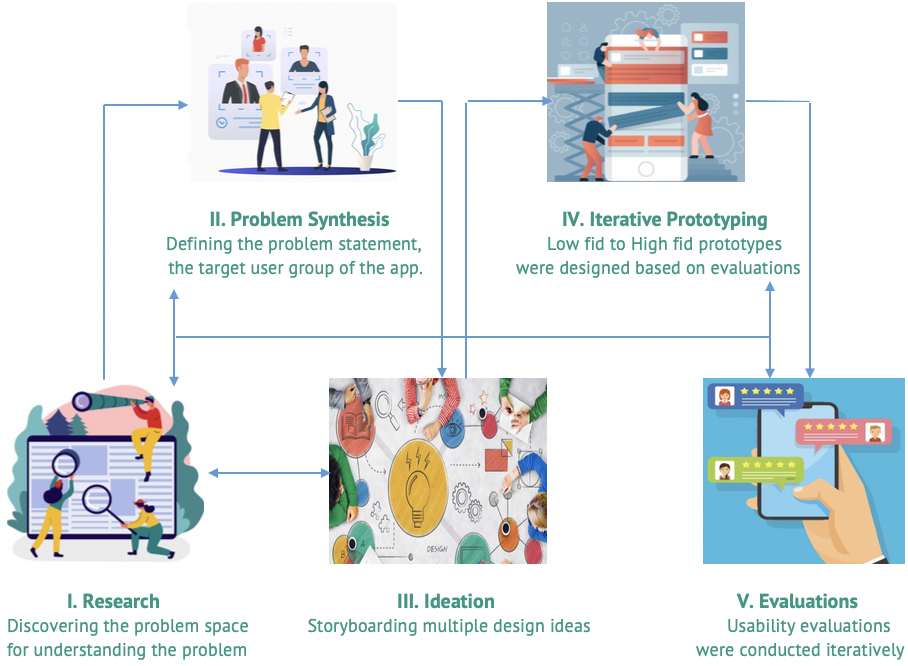 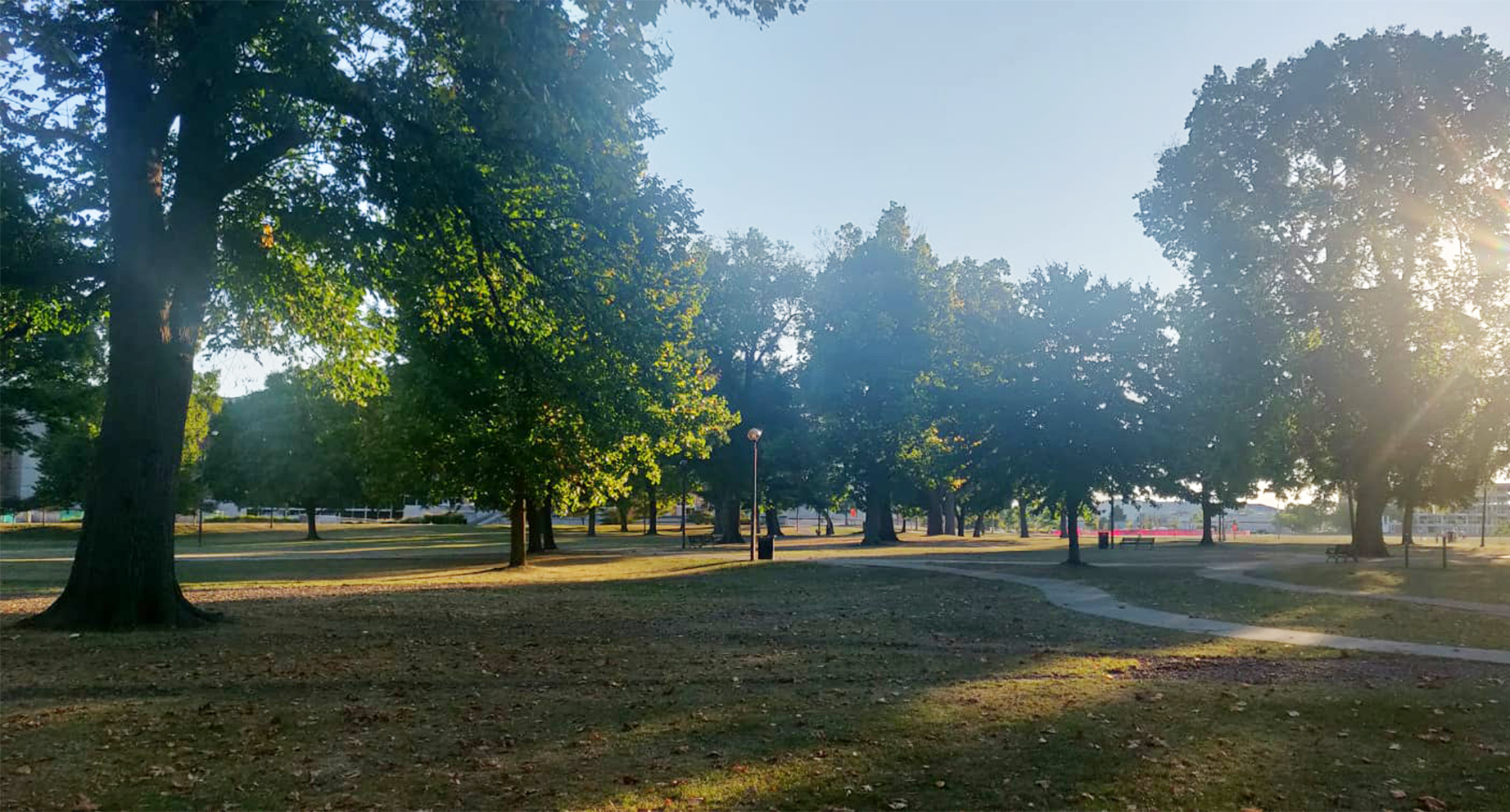 For understanding the causes and effects of deforestation in Indiana, we conducted our observations at various forests and parks in Indianapolis. We observed and compared their conditions and interviewed the Hoosiers who would visit these parks often. 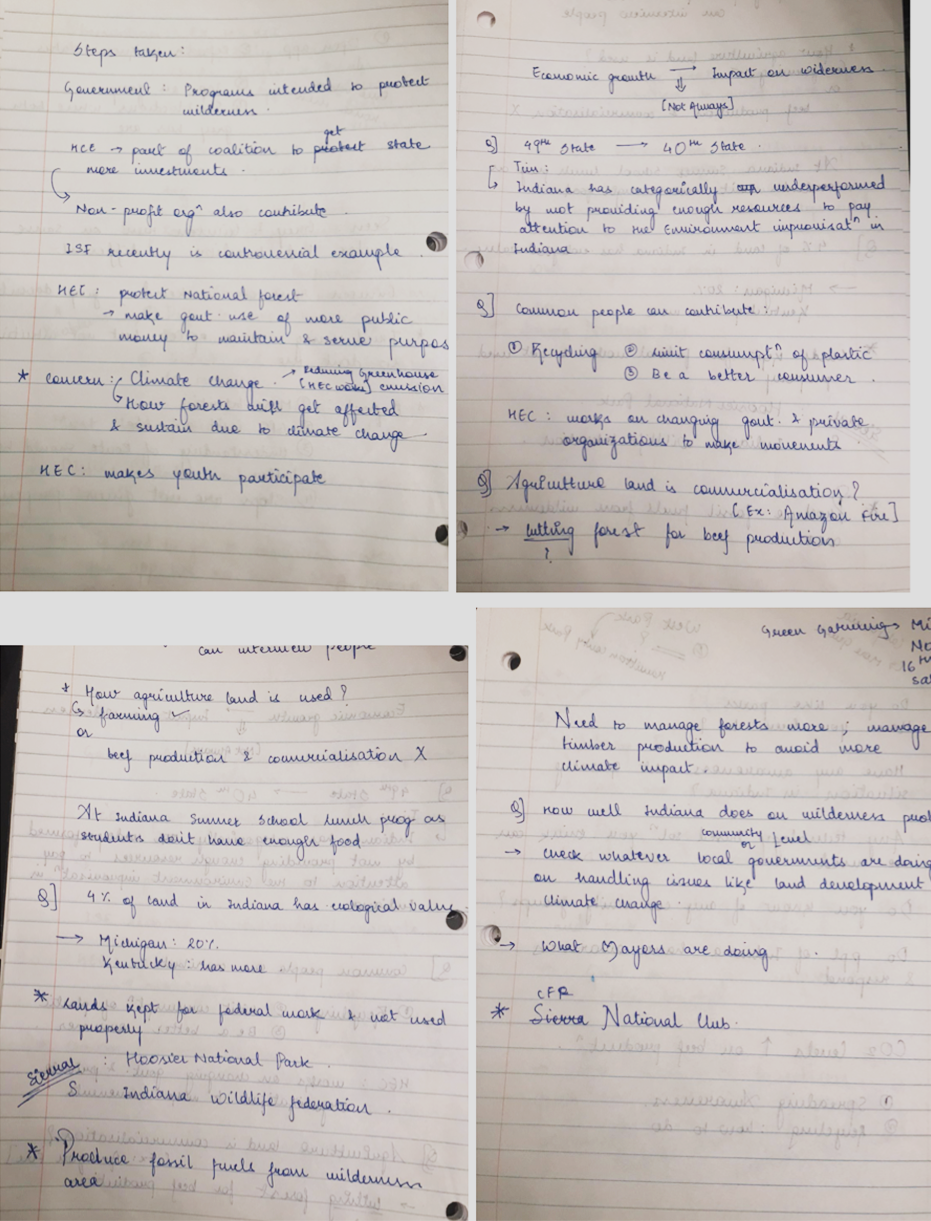 As a team we conducted almost 8 interviews inclusive of experts and the residents of Indiana.
I. The expert interviews were conducted with the representatives of DNR (Indiana Department of Natural Resources) and HEC(Hoosier Environment Council). These were focused on knowing their role in alleviating the exploitation of wilderness and the challenges they faced.
II. The interviews of the residents were directed towards gaining the cognizance of how aware they are regarding the greenery depletion of Indiana and what efforts do they put towards reforestation.

Until 2005, 40% of the Indiana state forests were set aside for wildlife, which has reduced to 3% as of 2018.
‍
People wish for more trees and parks in Indiana and sympathize with the deforestation but have no clue how to contribute towards alleviating it.
‍
According to the Indiana Forest Alliance, logging on state forests has increased by at least 400 percent since 2002.

Affinity diagramming helped us  collect, organize and ponder upon the insights gathered. But in order to get detailed areas to focus upon and establish a link between the causes, impacts and facts we further drew an elaborate Thematic diagram. 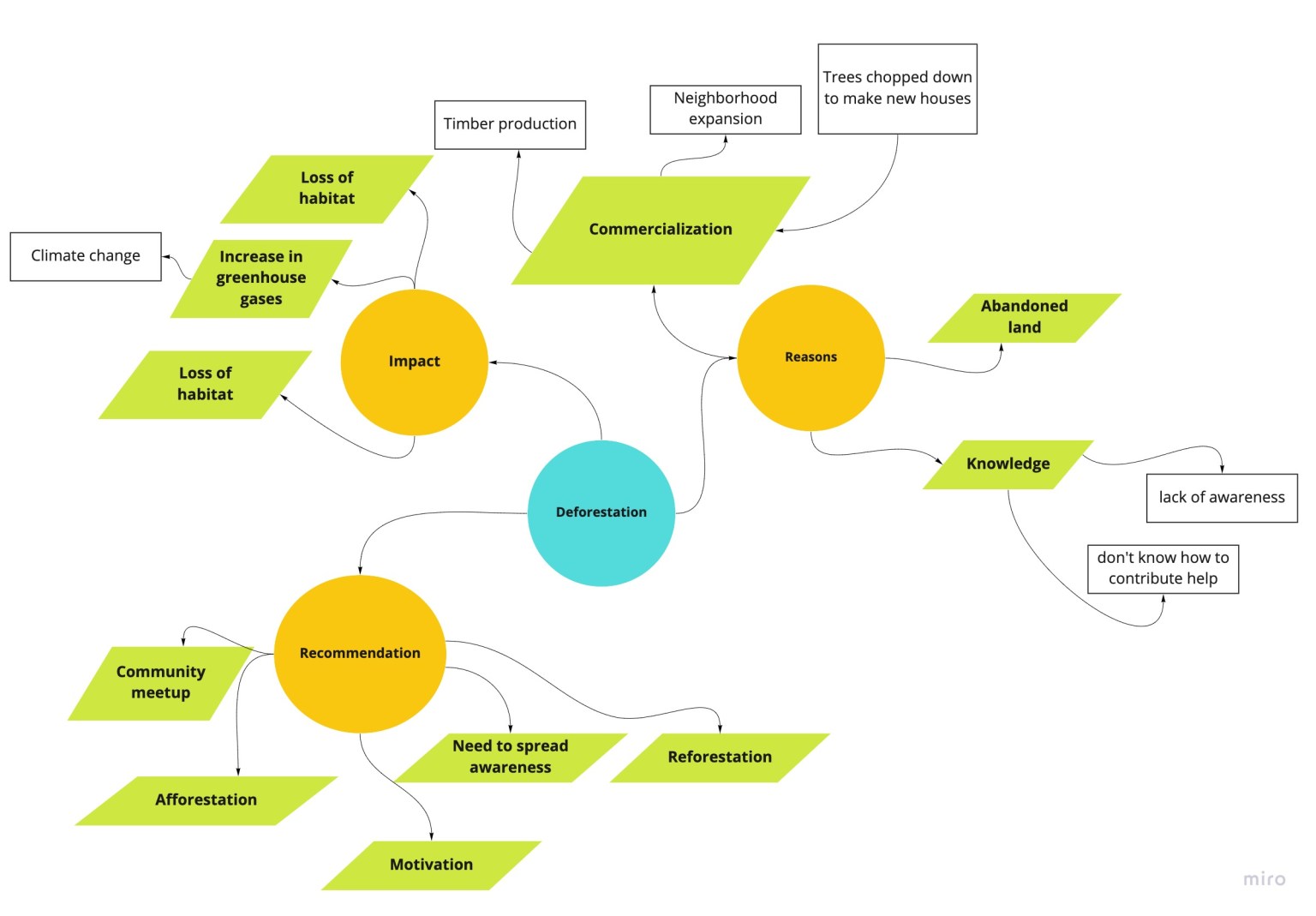 How can we design a solution which motivates the users to plant more trees, spreads awareness and also make the experience engaging and interesting?

User Persona - Who are we designing for?

The personas we created were based on our interviews with students and the problem synthesis we did, these helped us gain a clear perspective of who our target users shall be and what goals and interests do they have.

Once we had a problem statement defined with the target user group set, we started brainstorming in multiple design directions. Eventually, we considered the following two storyboarded scenarios. Though scenario 1 seemed interesting, we went ahead with the idea showcased in scenario 2, considering multiple factors like feasibility, gamification, and university students as target users. Thus the ideation phase resulted in a finalized design direction and an MVP idea to prototype. 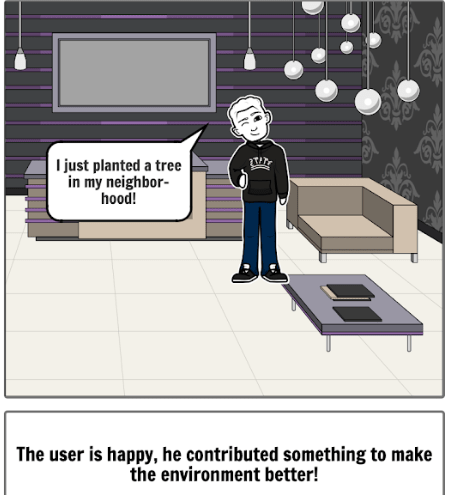 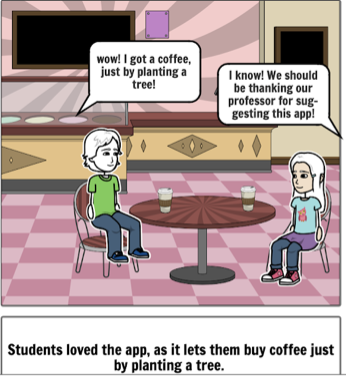 The final design phase involved a lot of iterations. Initially, it started with sketching a user flow of what the design should focus on and consist of. In the second stage, the low fidelity prototyping was done on paper which helped us conduct cognitive walkthroughs. These walkthrough conclusions were then pondered upon for improvisations, which we applied while doing the final high fidelity prototype. 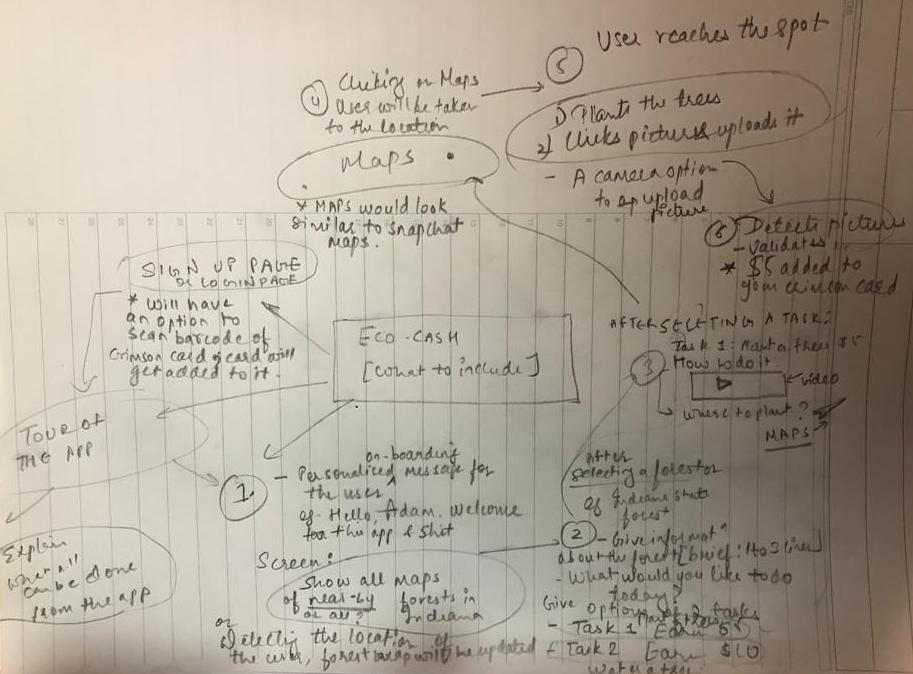 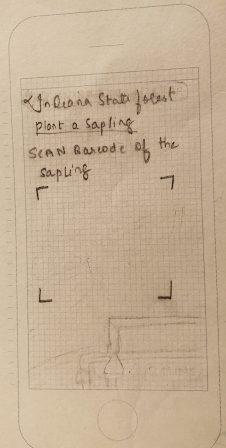 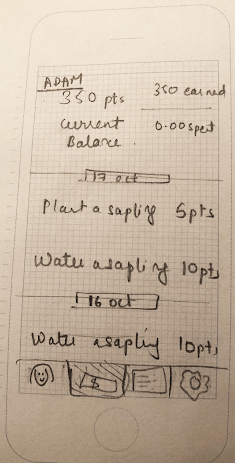 The design evaluation was an iterative process conducted on low fidelity prototypes resulting in the high fidelity prototypes. The usability tests were conducted in 4 sessions on the major tasks of the application namely:
1. User sign up.
2. Plant a tree.
3. View reward points.
4. Redeem the reward points.
Based on our initial evaluations with users, we observed the challenges users faced and made major changes in the sign up process by replacing manual sign up form with a scanner based registration using Crimson card, introducing an option to switch between the AR and normal mode and adding a barcode in the view rewards page for redeeming the points for the user.

"A well planned and well-followed design process helps you design a user-centric design or product," is what this project made me realize. This being my very first design project as a novice UX designer, it gave me the cognizance of what design process is and how it should be put to proper use. Also, following it iteratively throughout the project helps in delivering a better user experience is what I observed. By the end of the project, the most important takeaways I consider are:
1. Define a proper problem statement
2. Know who your user is going to be and
3. Evaluate your design by empathizing with your user, as a good user experience is a blend of good UX and a decent UI.
The sooner you know it, the better you design it! 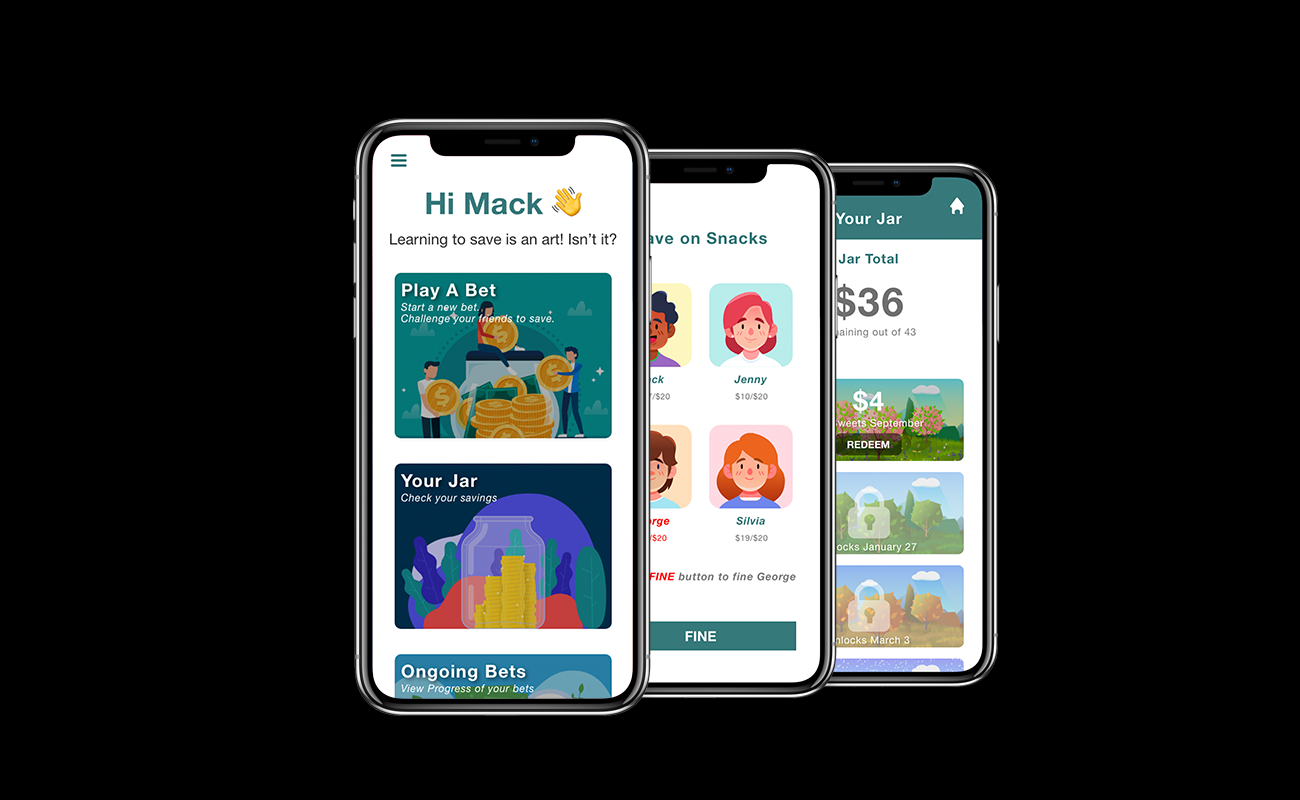 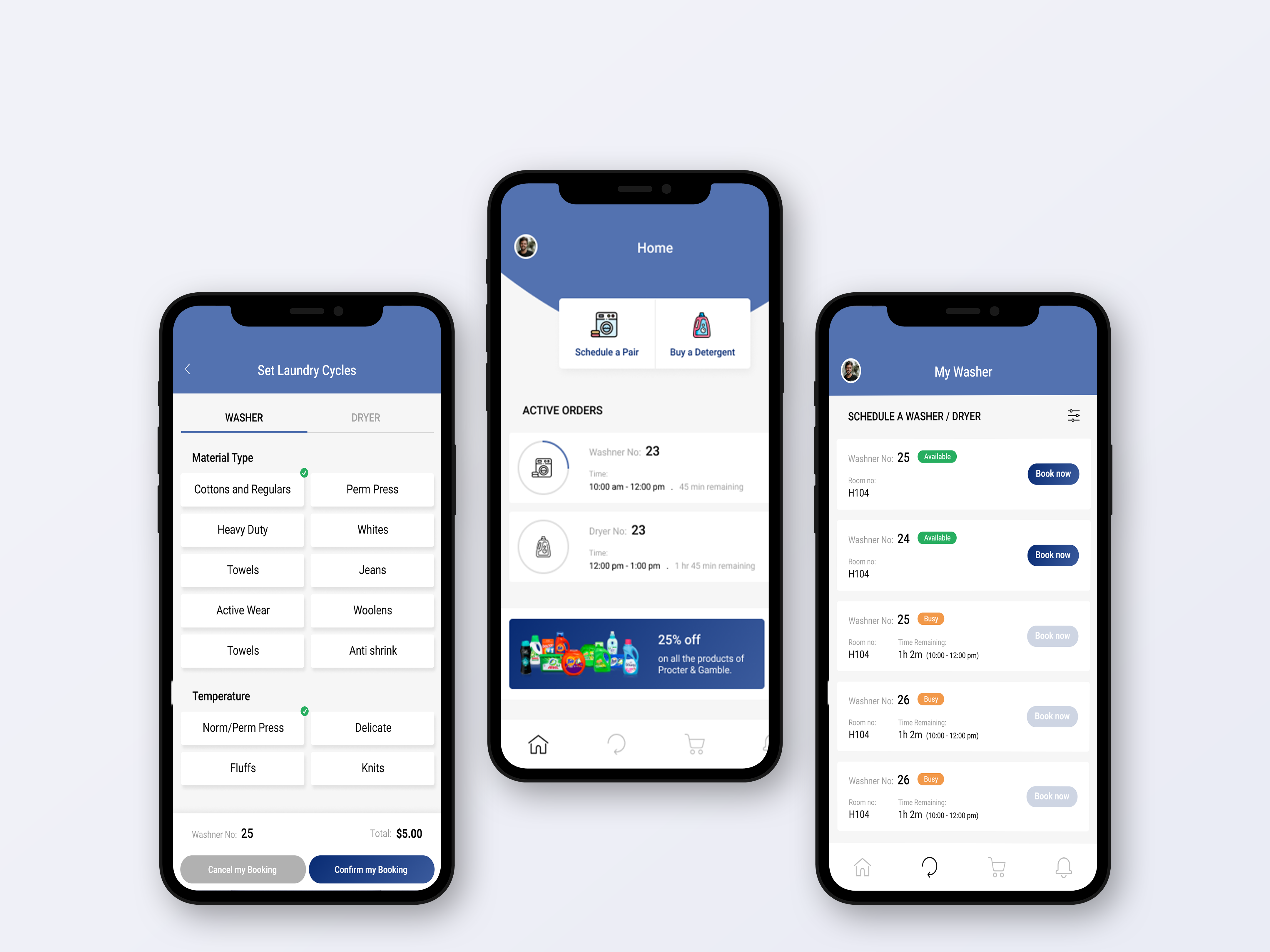